Donna Cummings - What to Read Thursday! 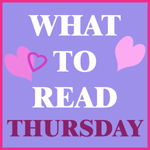 “What to Read Thursday” will run every other Thursday.  The focus of these Thursdays will be on romance novels.  Sub-genres of romance are welcome, but Happily-Ever-After (or Happy-For-Now) endings are mandatory.  :)

This week, I'm excited to welcome Donna Cummings to my blog!  I first met Donna through the now defunct Six Sentence Sunday blog hop, which is also where I first read snippets of I Do... or Die.  I was hooked on the story immediately!

Thank you, Donna, for joining me on my blog today.  I recently read I Do... or Die and loved it, so I'm glad you decided to talk about it today.

﻿
﻿
Question: Is there a particular food / drink you associate with this story?  If so, what is it and why?

Donna: Shelby, the heroine of I Do. . .or Die, is a former food personality with a local TV show. Unfortunately there was "the okra incident", which ended her TV career. It wasn't really her fault, but in true Shelby fashion, it was a spectacular incident! I'm not a fan of okra, so when it came time to pick a food that would cause her some troubles, it was easy for me to choose that one. Brussels sprouts were standing by as a runner-up, if okra didn't work out.

Question: What was your inspiration for this story?

Donna: Most of my stories start out with me thinking, "I wonder what would happen if. . .", and it's usually when I'm thinking about something else entirely. This one commenced with a bridesmaid complaining about all the dresses she had, from the numerous weddings she'd been in. I must have been pondering several of the weddings I'd been in when I was younger. But all of a sudden this little snippet turned into a mystery, with gunfire at the wedding, and the bridesmaid mentioning that her dad was a gigolo--I had no idea what I was starting by ruminating about my various bridesmaid dresses that day!

Lorraine: Inspiration is a curious thing, isn't it?  I love how your muse jumped on board - Gunfire would certainly make a wedding memorable!

Question: What did you enjoy the most about writing this story?

Donna: I loved the banter between Shelby and Ryan. In fact, they were so comfortable with their banter from the moment they first met on the page, I had to stop writing and figure out WHY they were so comfortable! I'd never had characters that acted as if they'd known each other forever right from the very beginning, and I wasn't sure what to do about it. I came up with what I think is a good reason for that, and then I went back to writing their encounters, cackling the whole time.

Lorraine: I've cackled at my characters a time or two too! I'm glad to hear I'm not the only one.

Question: Do you have a favorite scene in this story?  If so, what makes it special to you?

Donna: This was probably the hardest question to answer! There are so many scenes where I'd think, "Okay, this is my favorite", and then I'd think of another one, and then I couldn't make up my mind. But I will say I love Shelby's interactions with Serena, Ryan's time-share cat. One reason I like those scenes so much is because Serena turned into an intriguing character, with an arc of her own, and helps Shelby grow too. Initially Serena was just a brief mention in an early chapter--something for Ryan to explain why he didn't have any milk for Shelby's cereal. This is what I love about writing. When a throwaway line becomes something fun and more important than I ever would have expected.

Lorraine: Serena is perfect! I can relate completely!  The cat who lived with my husband before I came into their lives has never really accepted me.  ;)  Serena came around, so I can hold out hope that Mikka will too.

Question: What’s next?  Do you have another story on your desk you’d like to tease us with?

Donna: I'm actually working on several things, depending on which characters strong-arm me to the laptop that day! There's a story called Driving Miss Crazy which includes the brother of the hero from I Do. . . or Die. And another one called Heartbreaker, with the best friend of the hero from Back on Track. The one I'm working to finish first, however, is Lord Rakehell's Love, which commences The Curse of True Love series, where the Greek goddess Aphrodite tries to play matchmaker in Regency London, with disastrous results. I hope to have it available in the next couple of months.

Lorraine: Wow--you are very busy!  I can't wait to read your new stories!  I especially love the premise of your The Curse of True Love series!

“Always a bridesmaid, never a bride” is Shelby Atwood's personal credo. She’s managed to avoid commitment all her life – no pets, no plants, not even a long-term lease. Heck, she’s had colds last longer than her romantic relationships. How could she be any other way when she has a gigolo for a father?

But then gunfire erupts at the latest wedding she’s agreed to be in, and it ends up being the best thing to happen to Shelby’s love life. Detective Ryan Nichols is assigned to the case, and when the shootings don’t stop, he becomes her 24-hour bodyguard. Shelby wouldn’t mind except Ryan is too appealing, too sexy, and too happy to remind her of the raucous bachelorette party when she mistook him for a stripper.

Shelby’s plan is simple: find the shooter, have a fling with Ryan, and return to her non-committal life. Unfortunately, the shooter is very elusive. Shelby’s feelings for Ryan are way more than adrenaline-fueled lust. And returning to her normal life is now impossible since, despite her lifelong resistance, she’s managed to put her heart smack dab in the line of fire.


Serena at least waited until we got inside before she started marking her territory. She wound her gray furry self in and out of Ryan’s legs, looking at me the entire time with her enigmatic eyes.


I wanted to taunt her by saying we forgot to stop for more milk, because we’d been too busy in the elevator to think about anything else, and then finish by sticking my tongue out, but I refrained. It wasn’t like she was going to hear me. Or maybe I was afraid what kind of revenge she might exact.


Ryan bent down and gathered Serena into his arms. She nuzzled his face, and started purring so loud it sounded like a Boeing 747 had just lifted off from the coffee table. She turned and looked right at me, her mouth raised in a “take that, bitch” expression.


I refused to be jealous of a cat--especially one who had the same commitment issues I did.


I kept rubbing, and scratching, and petting. Ooops, I accidentally touched Ryan in the process.


Serena opened one eye and gave me a warning look. I narrowed mine in return.


The Battle of the Alpha Cats was a tie so far.


Where to Find Donna:


Thank you for checking out What to Read Thursday this week!  And, thank you again to Donna for stopping by to talk about her book, I Do... or Die.

Email ThisBlogThis!Share to TwitterShare to FacebookShare to Pinterest
Labels: Donna Cummings, I Do... or Die, Interview, What to Read Thursday

Lorraine, thanks so much for having me here today! This was such a fun interview. :) And I know that Mikka will come around--but on the cat's timetable. LOL

What a fun interview! I was in love with Serena the moment she sauntered onto the pages of I DO...OR DIE. She was such a perfect feline foil for Shelby. It's great to hear this very colorful addition to your book was originally just a throwaway line. I love when an idea takes off like that.

Shelby and Ryan were a riot (along with all the smexy steam) so I can understand why you were cackling while writing the book, LOL.

Looking forward to all those others, especially the Curse of True Love series!!

I’m always looking for new books and Donna is such a joy to read. I’m not a fan of okra either...

LOL - we can only hope Mikka will come around. But then again it has been eight years, so I'm losing hope.

Thanks again for coming to my blog today! :)

I agree, Mae--Shelby and Ryan *were* a riot!
Thanks for stopping by today!

Hi, Sue! This book was a lot of fun to read and had some great laugh out loud moments! :)

Mae, you say the nicest things! I love when ideas take off too, and no one was more surprised than me when Serena decided to take on such a big role. LOL I hope you'll enjoy the Curse of True Love series -- I'm having fun writing that one too. :)

Sue, thanks so much! I'm going to print out your comment and show it to my cantankerous muse Endora. LOL She needs to see that. :) And I don't know who invented okra. Gag. LOL

Lorraine & Donna - what an entertaining interview! This looks like an excellent summer read. thanks!

Suzanne, thanks! I'm glad the interview was entertaining. I hope you find the book entertaining too. :)