What happens at the rodeo? An Excerpt from DEVIN'S SECOND CHANCE 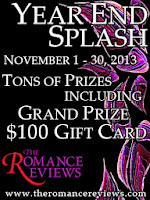 Here is an excerpt (aka a hint) for The Romance Reviews Year-End Splash Party event, which runs from November 1-30, 2013.

Be sure to check it out for some great prizes!  I'll be giving away a print copy of Devin's Second Chance!

Devin stared at Claire and cursed. Why the hell was she here? No, he could figure that out well enough. His mother and her schemes were going to kill him. Tonight, the minute he got home, he’d be sitting down with his darling meddling mother and they’d have a long chat about how she was going to quit interfering.


Claire had cringed when she saw him, then she glanced away. Her reaction was exactly what he would have expected. She’d told him clearly enough he was an ass the last time they’d been together. He’d had his hand in her pants, and she’d told him to get lost. That was pretty damn clear.


When she looked at him a second time, he motioned for her to come down. He probably should go up there and explain things, but she was sitting in front of Hanna May, the busiest busybody on the circuit. That woman didn’t miss many rodeos and she certainly never missed any gossip. His mother had probably planned that, too.


Claire took a deep breath, then nodded. When she stood, Devin had to drag his gaze away. She was wearing a snug T-shirt and jeans, displaying her tight little body. Making him think about things he really shouldn’t…couldn’t. He was not going to gawk at her breasts pressing against the thin material.


Devin tapped his foot and turned to watch the barrel racing while Claire climbed down through the spectators. She was going to be as pissed as he was. Hell, the last time they’d spoken she’d essentially said she never wanted to see him again.


When Claire arrived at his side, he forced himself to look at her. He expected her to be tense but she had an easy smile on her face.


“I’ve never been to a rodeo before,” she said. “It is wonderful. You should see the pictures I’ve taken.”


Devin nodded and drummed his fingers against the railing. “My mother called.”


“She’s left the rodeo. She asked if I could take you home.”


“You’re joking, aren’t you? She was—” Claire squinted toward the seats they’d shared.


Devin cleared his throat. “On the phone, she started off by saying she thought she might have gotten a bit of heatstroke, but—”


“We should find her, check on her. She shouldn’t be driving. She should have come and got me.” Claire started to press through the crowd beside the bleachers, then she stopped. “Are you coming? I don’t know where you’re parked.”


“Stop for a minute.” Without thinking, Devin put his hand on her arm to stay her. Her skin was warm from the sun and smooth as silk. He jerked his hand away. “Mom doesn’t have heatstroke. The truth is she—I don’t know how to say this—she’s got this idea that you and I…” He glanced at the people beside them, but no one was paying much attention.


Claire stared at him.


Claire fiddled with the strap on her camera bag, like she had in the barn the other day. No, he would not think about what had happened in the barn. He cleared his throat.


“You think she brought me here and then left so that you’d have to take me home?”


Devin shrugged. “That about sums it up.”


“God, no,” Devin said, adjusting the angle of his hat. “She doesn’t know about…well, she doesn’t know you’d prefer to stay away from me. I’ll find someone else to take you home, okay? That way you don’t have to worry about anything.”


“You’re going to ask someone else to take me home?” The way Claire’s eyebrows came together, she looked a bit hurt. But damn it, she was the one who kept putting up roadblocks between them.


“No.” Claire straightened her shoulders. “That is not what I want.”


It was Devin’s turn to raise his eyebrows.


“I want to watch the bull riding and any other event that is still to come. Then if you are ready, you can drive me home. Don’t you dare pawn me off on someone else.” She stared up at him, as if she was daring him to defy her.


Devin tapped the front of his hat and nodded at her. She was taking this situation with more grace than he’d expected. “Yes, ma’am.” 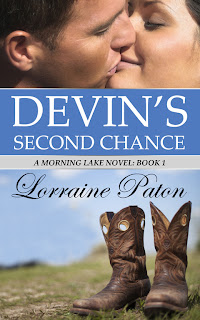 Blurb: Cowboy Devin Trent can't believe his matchmaking mom is trying to set him up with Claire Best, the photographer at the local art gallery.  She should know better than anyone why he doesn't deserve a second chance at love. What surprises him even more is that he is drawn to Claire and she seems interested in him, too. Their mutual attraction grows every time they see one another, but when he suspects Claire is keeping a secret he becomes wary. After all, his first marriage was ruined by secrets and lies. Can Devin earn Claire's trust? Or, will Claire's secret end their relationship before it begins?

Don't you just love a matchmaker?